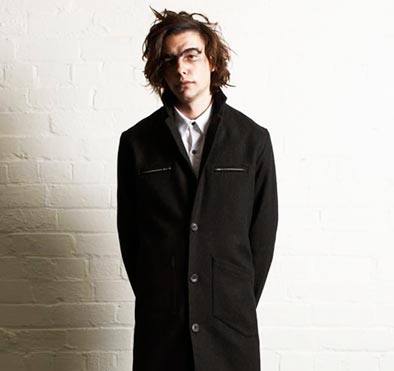 Ben Hennesy, better known as Bennesy, was a troubled youth. Coming from driven academians, he was the black sheep and dropped out of high school. Spendning most of his days as a 7-11 clerk while dealing dope on the side. You buy the right combination of Lean Lattice sub with orange slushy and a mars bar, and you pay 150$ for the lot, because you get a double dime bag to go with that. Bennesy is a clever chap. Never got caught or suspected. He had some cockamamie plan to buy a car with his dope earning. His criminal contact is a guy called Maximilian, who is a pretty decent dude. Maybe he would get out of his rented room. This old man Bundy is a weird chap, and quite annoying with his late-night furniture moving and constant cough.

Then all this has changed.

After hanging out with those two kids, bizzare things started to happen. Magic it has seemed exists. Or something along these lines. They were courted by several schools, just like football stars. That seemed nice. Took the edge off the old cynical “the world is not built for the likes of me” feel. Maybe it is. Just hidden.

Bennesy chose Enoch's school. The Horus Group. They seem to know what they were doing, and they acted decent. Enoch seems like a good man. For 4 years Bennesy has traveled the world studying under admirable people (none of his high school teachers were admirable, that was part of the problem). And learned this Magick thing. Bennesy has learned to connect to the Book of Toth. The ultimate source of ALL knowledge. Can have gazillion details of information instanlty transferred to his immediate memory. Some of this he retains, just like normal studying. He now speaks French (14th century, though) fluently. Lately he learned to play piano. He can do Great Balls of Fire as good as Jerry Lee. And his brain was raped by the city of New York. Intimate knowledge of the streets of Manhatten. His mastery of the book is minute at best. There is a lot to be studied. Especially how to retain memory of power words. He needs to finish his current assignment and get to a newer teacher.

The Horus Group's paradigm is simple. We all experience the Vail over Reality. This Vail was put on by ancient beings of great power. The Vail can be easily manipulated by calling upon those ancient (and not so ancient) gods. Lately it seems to Bennesy that knowing which alcoholic drink is the favorite of which god seem to be enough to successfully do a pretty decent magick ceremony: Divination, Break Charm Person. Easy. Bartender of the gods? Feh. He needs to learn more.