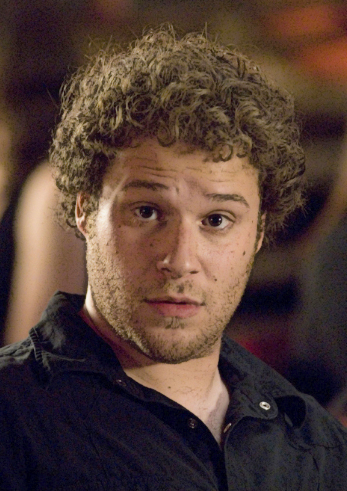 Richard “Ringo” Starsky is a slacker working in a comic shop who suddenly discovered he is the reincarnated avatar of an ancient god, with access to thousands of years of memories and skills, and a whole bunch of unexplored mysterious superpowers.

That would be pretty hard to take, if he wasn't distracted from his personal issues by meetings with resident (space) aliens, government super-secret agents, celebrities, vampires, hookers, gangsters and gods, and by his co-worker Paul Jordan's recent revelation that he's actually some psychic space-cop charged with protecting Earth.

Luckily, a life time of reading comic-books has prepared Ringo for exactly this situation…

Growing up, Ringo never knew his real parents - he was raised by his uncle, Rig Walker and a succession of “aunts”, but mostly by the families of his two best friends and neighbors, Danny Ramone and Joel Elliot. From kindergarten to their senior high school year, the three of them hung out together all day and night, watching TV, playing computer games and reading and arguing about comics. When Uncle Rig moved to the UK and left Ringo the apartment on their senior year, Ringo and his pals had their own private club house for partying, geeking out and experimenting with drugs, alcohol and sex. Joel even lost his virginity there.

Richard, he made do with impure thoughts about Danny's hot older sister, Gina, and with arguing about whether Diamondback was more of a tramp than Black Cat.

And then they graduated high school, Joel and Danny both moved away to college, and Ringo's uncle cut his allowance in half. Forced to fend for himself, Richard was happy to take up a job offered by the manager of the local comics store where he increasingly found himself spending more time anyway. He got his nickname (“Ringo”) because he worked with a guy called Paul, and, as Terri explained, “you just don't look like a John”.

After Jordan removed a barrier in his memory, Richard learned that he was the reincarnated avatar of an ancient god. A cab driver called him Siddhārtha, but he remembers being known as Thor(perhaps Tyr?) and Ares.

What exactly does being a god mean? Apparently, there are these immortal, reincarnating brothers who have been around for most of human history, perhaps before. Let's call them the_twelve.

Paul Jordan is his manager and pal, terri_fein is a co-worker.

While celebrating his new-found godhood (and determined to make up for not getting laid so far as fast as possible), he ran into an entrepreneur called moe and a chick called miranda. She reminded him of someone he knew in some previous life; she thought he was cute. It was lust at first sight.