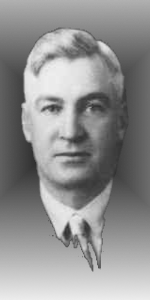 Grand Sachem of clan Ventrue, is practically royalty, NYC-style. His Sire was Martha Pool, a Know Nothing honcho who embraced the promising (and attractive) Irish Dead Rabbit across political and ethnic lines to preserve the Ventrue hold on the New York political machine.

Then the Sabbat came, Italian and Jewish gangs overran Five Points, and O'Hara went into exile with his faction into Boston, where he's been preparing for the reconquest of New York for 80 years.

If Arafel hadn't shown up, he might still have been preparing.

Magenta Jones spent many years in Boston as one of the few competent members of O'Hara's Campaign staff; Since the takeover she's been working as his chief social secretary and political troubleshooter. O'Hara seems to trust her and the two enjoy a close working relationship. She calls him Coney and he calls her Mags. When he doesn't, she knows she's in deep shit.