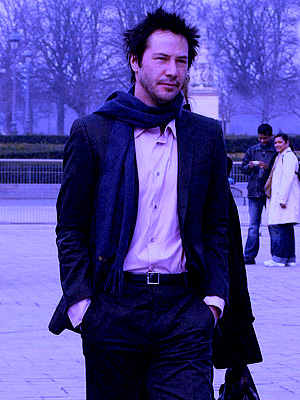 Smith does not exist. It is a fictional persona created by B. Smith came into existence 20 years ago, waking up in a Boston hotel room with no memory and with a note he must have left himself. This vampire promptly presented himself to the local Prince, feeding him a likely story about a lonely childe-hood and a dead Sire in the Netherlands.

The Prince passed him on to the Primogen, who passed him on to his assistant as a temporary Sire. He moved with this Sire to New York right after the big Camarilla 99' NYC take-over, started running a few places, and is now king of the New York night life.

All these places are located next to subway stations along the LAYlines of NYC.

Smith does not take personal interest in managing these places. He merely supervises the managers, and makes sure the staff behaves and brings extra funds from Unknown Corporation if the need may be. Sometimes he helps with the hiring, mostly not. He has a personal sanctuary hidden in each location, and is known to spend his nights amongst them.

Smith's favorite food is young female celebs, usually at the peak of her overnight success, usually blond. The blood tastes sweeter with an Oscar or an international magazine cover. Its a well known fact. In every sanctuary smith has several cold-storage for food that can sustain a couple of hungry celeb-loving vamps for more than a fortnight.

Smith appears to be a loud mouth extrovert party dude, with a bundle of new money. While actually he lets his wild exterior to cover his bewilderment of his situation and the much more crafty and thoughtful visionary persona he hides.

Smith seems to have a very strong Domination for his young age. Very strong. He does not carry arms usually, but when going ape-shit can carry a small arsenal. Each sanctuary holds enough artillery to arm a small military unit. But small. But unit.

Every sanctuary has a secured trap door that leads to the underground NYC tunnel system and connects to the other seven locales. Smith is very methodical.

Smith's past does haunt him, and every once in a while he starts digging up shit, or shit just floats. His inquiries lead him down treacherous paths, that usually end in a well hidden note, written in his own hand writing, in some arcane language that he is somehow able to read. The notes always use different words to say the same thing: stop. Which he does. Until the next time.